1   Entry Forms   Entries (applications to perform at the Festival) should arrive on or before Saturday 5 November 2022. Music entries must be sent to Louise Biagini, speech entries to Adrienne Adamson, and dance entries to Susan Ewington at Glasgow Music Festival, PO Box 7057, Glasgow, G44 9AU. Entry fees may be paid by cheque, internet banking or by most major credit and debit cards. Please refer to the entry form for bank details. To pay by card, please contact the Festival Secretary. Cheques should be made payable to Glasgow Music Festival Association. Multiple entries may be submitted using the 2023 Festival spreadsheet entry form which can be downloaded or obtained from the Festival Secretary; otherwise a separate entry form must be used for each entry. Extra forms may be photocopied, downloaded, or obtained from the Festival Secretary. Where a form is not fully completed, the entry may be refused. Entry fees are not normally refundable.

3  Performers’ eligibility  All performers, other than conductors, must be amateurs. Amateurs are people for whom participation in the branch of the art in which they have entered is incidental to their normal occupation. Those ineligible under this regulation may, however, perform as part of a group provided that they receive no remuneration for their work with the group. All performers in a group must have been bona fide regular members of that group for not less than two months prior to the opening date of the Festival.

5  Festival attendance – performers’ requirements   The Festival aims to make its opportunities for amateur performance open to everyone. An individual or group may need a facility or consideration that would not normally be required by, or apply to, the majority of participants. The Festival seeks to meet these needs wherever practicable, but can only do so if notified of such requirements sufficiently in advance to allow necessary arrangements to be made. In certain circumstances it may be that suitable arrangements cannot be made on the desired occasion and, in these cases, the notifier will be advised accordingly. Anyone with such requirements should contact the Festival Secretary to discuss and agree arrangements.

6  Sponsors – role and eligibility   Each entry must have a sponsor who is responsible for submitting the entry. A sponsor could be the parent/carer of a performer who is under 18, a teacher, a school or group, an adult performer, etc. Where the sponsor is a school or group, an authorised representative must sign the entry form on its behalf. The sponsor, or the sponsor’s representative, must be aged 18 or over. All communications regarding the entry will be sent to the sponsor.

8  Sponsors – who should perform   Glasgow Music Festival believes that taking part is a positive experience for the overwhelming majority of participants and, through its policies and practices, aims to make it so. There may, however, be individual circumstances where a particular person or group is unlikely to benefit. Sponsors should take account of such circumstances when deciding whether or an individual or group should perform and, if in doubt, are invited to contact the Festival Secretary and discuss concerns prior to making a decision.

9  School groups   Groups performing in classes which are specifically for schools must comprise children and young people from a single day school or boarding school.

10  Ages and grades   Where an age limit is specified, the date at which the age is to be taken is 1 March 2023. “Open” Classes are of an advanced standard. Within a range of similar classes, an “A” Class is intended to be more advanced than a “B” Class, etc.

11  Progression   A performer or group which has gained the first award in the same class of any section for two years in succession must move on in the following year to a higher class in the section, unless no such class is provided.

13  Assisting performers   Conductors must not sing with their choirs. Members of the audience must not prompt or direct performers during a performance.

15  Key, pitch and tuning   Except in unaccompanied choral classes, where the raising or lowering of pitch by a semitone is permitted, test pieces must be performed in the key used in the prescribed edition, unless the syllabus states otherwise. Solo or semi-chorus passages in a choral test piece may be sung by any number of voices at the conductor’s discretion. Where permitted in the syllabus, performers who elect to sing a test piece in a key other than that specified in the syllabus must provide a legible copy in that key for the accompanist. British Standard Pitch will be used in all events. Where possible, the main tuning of instruments must be undertaken outside the hall.

16  How much to play   In instrumental classes, only short repeats should be played. In classes with two or more test pieces, each performer may be asked to play only piece (a), the adjudicator then selecting performers to play any further test pieces.

17  Set test pieces   Where a test piece is prescribed in the syllabus it is to be performed as set in the edition specified unless the syllabus states otherwise.

18  Solo and Group verse   Poems in these classes must be performed from memory.

19  Own Choice test pieces – selection   Any “Own Choice” test piece selected by a performer must meet any requirements stated in the Syllabus, and provide a definite contrast to any other piece(s) to be performed in the same class. Performers are advised not to select a piece which takes longer to perform than the average piece set in similar classes in the syllabus; otherwise the adjudicator may require a cut to be made. Performers may not select a piece which they have performed at either of the two previous Glasgow Music Festivals or which they are performing in another class at the current Festival. Audiences at the Festival comprise people of all ages including children. Performers must ensure that all works being performed are suitable for this audience and, in particular, do not include material that is inappropriate for children.

21  Own Choice test pieces – programme particulars   On every entry form, full particulars of each Own Choice test piece must be given. This must include: title, movements (where applicable), composer/author and publisher. If the piece is to be performed in a key which is different from the one printed, this must also be stated. In Speech and Drama classes where an extract from a work is to be performed, the boundaries of the extract must be given.

22  Own Choice test pieces – change of programme   There may occasionally be circumstances which make changing the stated Own Choice test piece unavoidable. When this is the case, a piece of similar duration may be substituted and should be advised to the Festival Secretary, and confirmed in writing, before the typesetting of the programme is completed. Where a change occurs after this date, the performer may still perform and receive an adjudication (providing the piece takes no longer to play than the stated piece) but no mark will be awarded.

25  Own Choice test pieces – photocopying   The Music Publishers Association has issued a revised Code of Practice on the copying of copyright works, and the following concession is made for copying “Own Choice” pieces for the adjudicator. Other items must not be photocopied without the permission of the copyright holder in each case.

A person performing a work at the Festival may make one copy for the adjudicator provided that the performer has already purchased his/her own copy and that the copy made is retained and destroyed by the adjudicator immediately after the festival. The copy must be marked with the following “Adjudicator copy – Destroy after use”.

All other copies used for the performance (eg by the performer and/or accompanist) must be originals. Performers are advised that the concession applies only where the copyright holder is a member of the Music Publishers Association. Please refer to www.mpaonline.org.uk for a full list of members and associated companies. It is the performer’s own responsibility to ensure that he/she seeks permission to copy direct from any copyright holder whose name does not appear in the MPA list. Copies for the adjudicator must be totally legible and properly bound or they may be refused.

26  Songs from the shows   Songs from shows in current production may be sung as a concert item, ie with no costume or movement, without the need for copyright permission. Where a performance utilises costume and/or movement, copyright permission is required and entries are accepted strictly on the basis that the performer has sought and obtained the appropriate permission. Further information may be obtained from the Festival Secretary.

27  Adjudication, marks and certificates   All performers will receive an adjudication and a Performance Certificate. In addition to making a technical and artistic assessment of the performance, the adjudicator will take account of the participant’s platform manner and general appearance. Performers gaining the first three places in a class will be awarded certificates according to the following scale of marks:

Where a trophy, award or prize is available, it may be awarded provided 85% or more of the possible mark has been gained. Additionally, certificates may be given for performances which, in the opinion of the adjudicator or the Festival, are of special merit.
Performers may take part in any class and elect to receive an adjudication but without marks. If this is required, performers must advise the Festival Secretary in advance.

28  Premier classes   Winners of appropriate classes must gain at least 85% of the possible marks in order to qualify for participation. Performers may enter as many “Open” classes as they wish, but may not take part more than twice in one Premier Class.

29  Judgement   The adjudicator’s artistic judgement is final. In other matters the Festival’s decision is final.

30  Adjudicator’s notes   These are distributed along with Certificates of Performance at the conclusion of a class.

31  Performance schedule   Every effort is made to timetable events accurately. Timings given are, however, approximate and performers should be ready to perform at least fifteen minutes before the advertised time of the class. Performers failing to appear for their class will forfeit their, or their group’s, right to take part in the event.

32  Photography, audio and video recording   Members of the audience are not permitted to take any form of photograph or make any type of video or audio recording in performance areas. Appointed press photography and media coverage will be permitted in designated areas by prior arrangement with the Festival Secretary.

33  Trophies   Winners of trophies are requested to insure them while they have them. Trophies awarded at the 2022 Festival should be returned in February 2023. Holders will be notified of the arrangements.

34  Festival Programme   In exceptional circumstances, the Festival may alter or cancel any of the arrangements detailed in the syllabus. The Festival will decide on the order of the classes and arrange the order of performance. It may refuse any entry without assigning any reason. Performers and/or Sponsors are responsible for ensuring that entries, including the selection of Own Choice test pieces, meet the requirements of the class and comply with these regulations. Although the section administrators will endeavour to identify difficulties in advance, the acceptance of an entry is not confirmation that these requirements have been met.

35  Comments and suggestions   All enquiries, suggestions or observations about the organisation of the Festival should be sent to the Festival Secretary. Please see the Contact page for ways to get in touch. 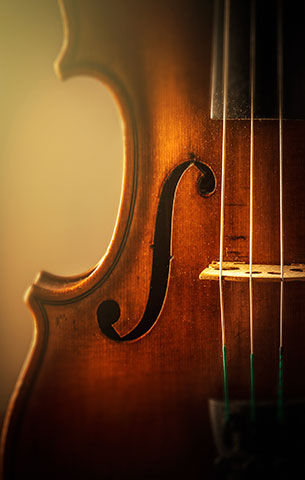 Entries close on the 5th of November 2022