studied on a scholarship at the Royal Academy of Music, winning many major awards, and completed his studies with Vlado Perlemuter in Paris and Geoffrey Parsons in London. He has toured and broadcast extensively in the UK and abroad as soloist, accompanist and chamber musician. As a student, he developed a special interest in song accompaniment through playing for masterclasses at Aldeburgh, subsequently partnering a number of artists including Dame Felicity Lott and Robert White.
Teaching forms a major part of his musical life and he works with pupils of all ages and levels. He was Head of Keyboard at Dulwich College for almost 25 years whilst also teaching at the Royal Academy of Music and Trinity College of Music, and now pursues a busy freelance career.
An ABRSM examiner since 1991, he is also a trainer, moderator and mentor. In addition, he selects the graded piano pieces and presents seminars. He frequently directs masterclasses for performers and teachers’ workshops in the UK and Far East and is in demand as a competition and festival adjudicator. Timothy is an adjudicator member of the British and International Federation of Festivals.

studied cello with Joan Dickson and piano with Miles Coverdale at the Royal Conservatoire of Scotland (then the RSAMD), winning prizes for composition, chamber music and lieder before continuing studies under Raphael Sommer at the Royal Northern College of Music where he gained an ARCM with honours. After working as pianist and arranger in Spain, Stephen spent a year freelancing with various UK orchestras before joining the orchestra of Scottish Opera in 1981 as assistant principal cello. Stephen has also enjoyed a career on the music club circuit, performing string quartets, gypsy trios and accompanying singers.
As a composer, in addition to a quartet commissioned to celebrate the bicentenary of Robert Adam’s Culzean Castle, Stephen’s commissions include a suite for cello and strings based on Hebridean songs, orchestrations for Celtic Connections and for the BBC’s Songs of Praise. Stephen now runs a community choir in Argyll for whom he has written over 120 choral arrangements, from Mahler to the Bee Gees, and when not performing for Music in Care, he is trying to master the piano accordion!

studied clàrsach with Savourna Stevenson and Isobel Mieras. She studied classical harp, initially with Sanchia Pielou in Glasgow, and continued her studies with Eira Lynn Jones, Elunid Pierce and the American harpist Gail Barber. In 1994 she gained a BMus in pedal harp performance. Today, Heather’s work centres on the clàrsach as a teacher, performer, composer and arranger. She has performed and led workshops in Scotland, Iceland, Norway, Poland and the USA. Her compositions have been used as soundtracks for several BBC radio plays. Heather has adjudicated frequently at the Royal National Mod and at numerous local Mods and music festivals throughout Scotland. She is also an examiner for the Royal Conservatoire of Scotland.

who was born in Aberdeen, is a Licentiate of Guildhall School of Music and Drama. She has a wide range of expenrience in teaching all age groups in schools and colleges and in the business world. She now lives in Suffolk, and works freelance. She is visiting lecturer in vocal communications in colleges in the UK and in Italy. She also examines for the English Speaking Board (International) Limited and was Chief Examiner for seven years. She has travelled widely in the UK and overseas lecturing, running workshops, examining and adjudicating.
As well as “voice over” work for advertising, Tish has television experience as a performer and stage experience as a performer and director. She is also a trained singer, specialising in recitals of poetry and song.
From an early age Tish took part in festivals and well remembers how it feels to be a participant! Now herself a festival organiser and adjudicator, she knows the importance of these events and welcomes the opportunities offered to performers of all ages, giving them a platform for their work and a chance to celebrate music, poetry and drama. Tish is an adjudicator member of the British and International Federation of Festivals.

has a lifelong involvement in Scottish country dancing. She began attending local Royal Scottish Country Dance Society classes while at primary school and participated in Scottish country dance competitions as a child and an adult. Avril is qualified to teach and adjudicate Scottish country dancing at all levels. She taught the RSCDS children’s classes in Falkirk for many years, entering the children in competitions. At college and university, Avril danced in and trained adult Scottish country dance teams, taking them to France several times, both to the Dijon international competition and to Falkirk’s twin town of Quimper. After qualifying as a college lecturer, Avril continued to teach classes for children and adults under the name of Dalriada Dancers. She took the adult teams, including herself as a participant, to Festival Interceltique de Lorient eight times as part of the ensemble representing Scotland. She was invited also to take teams to participate in the Odenwald festival in Germany, and in festivals in Galicia. Avril is a skilled choreographer. She trained soldiers to dance for the Berlin Military Tattoo and actors in Scottish country dancing for the television adaption of Boswell & Johnson’s Tour of the Western Isles. Her most challenging, but enjoyable, work as choreographer was for the Royal Edinburgh Military Tattoo. Each summer for seven years, she blended parts of well-known traditional Scottish country dances into spectacles of shape and movement involving twelve teams – a total of one hundred and twenty dancers, including herself, from all over Scotland. For the last seven years, Avril has been teaching and entering children from Dalriada Dancers in Scottish country dancing graded medal tests. She prepares and enters children for these tests also from three Primary schools in the Falkirk area. 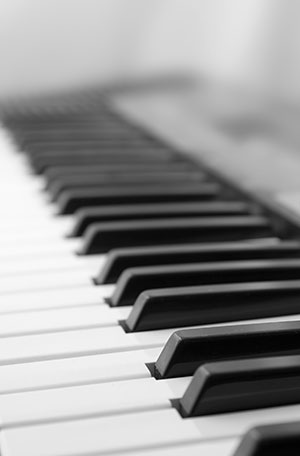