A Platform for Performance

Glasgow Music Festival is an annual festival of music, speech, drama and dance first held in 1911. Each year around 7,000 performers take part in the festival which takes place in March.

We hope this will make life easier for you, and ask you to use it, if you feel comfortable with it.

As this is very much a work in progress we hope you will give us feedback; any suggestions will be accepted most gratefully. If you have any queries, please ask!

Please use the contact form for a copy of the spreadsheet

When you return the completed form, please remember to post your cheque to: 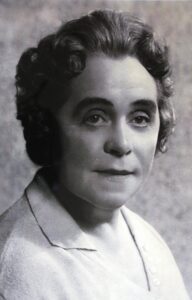 We are delighted to learn that Agnes Duncan is one of 100 Inspirational former, and current, Soroptimists who have been chosen to showcase Soroptimist International’s 100th Anniversary celebration project – #WhoIsShe?.

Agnes’s life in choral music started when she was just 10 years old and continued until she was in her 90s. She was a member of the Glasgow Orpheus Choir and her beautiful contralto voice earned her solo performances with all the major contemporary Scottish Choirs.

In 1943, at a time when female conductors were a rarity, and with limited resources, she founded the Scottish Junior Singers Choir which, under her guidance, became recognized as the best Junior Choir in the U.K. and provided choruses for Scottish Opera and the Scottish National Orchestra.

Agnes loved Music Festivals and after retiring from Choral conducting, she concentrated on Adjudicating and was much in demand in this capacity at Festivals and Mods around the U.K. She attended virtually every Glasgow Music Festival from its inception in 1911 until the 1990s, filling roles ranging from performer to Honorary President.

In 1967, she was awarded an M.B.E. for her services to music and in 1992, in recognition of her contribution to the Festivals Movement, she was selected to make a presentation to Her Majesty the Queen on behalf of the British Music Festivals Association.

Agnes was a long-standing member of the Glasgow Central Soroptimist Club (SI Glasgow Central) and,  on her 90th birthday, the Club acknowledged her life-long involvement in the Glasgow Music Festival by presenting the Agnes Duncan Trophy to the Festival. In 2005 SI Glasgow Central merged with other Glasgow Soroptimist Clubs to form SI Glasgow City, which now gifts the Trophy, and a cheque for £100, annually, to the winner of an under 18s vocal soloist competition held on the last night of the Festival. Her name therefore continues to be associated with excellence in singing.

Throughout her life in music, Agnes worked to ensure that singers were the best they could be, very much in keeping with the Mission of Soroptimist International. Her selection as one of the 100 Soroptimists for #WhoIsShe is a recognition of this and the substantial mark she made on British music. Her legacy lives on in the countless young people in whom she inspired a love of music, some of whom later enjoyed successful careers in the field.

Welcome to the Glasgow Music Festival website.  We hope you find the website useful and pleasant to use. Regardless of whether you are performing at the festival or wanting to view an event, you’ll find everything you need to know right here. To keep up to date with all Festival news, please like our Facebook page

The Festival covers a wide range of music including classical, folk, jazz, rock and traditional Scottish music. There are events for solo singers, instrumentalists and ensembles.

Speech and Drama events feature mainly, but by no means exclusively, our younger performers. Performers demonstrate their skills in verse, prose, public speaking and drama